How do I Know if I Hit a Muscle Building Plateau? (How to Break)

How do I Know if I Hit a Muscle Building Plateau? (How to Break)

Exercises Standing Calf Raise Machine: How To Use, Benefits and Muscles Worked
Thanks for subscribing!
July 4, 2020

Muscles naturally have a limit to how much they can grow. There are, actually, several different limits, many of which can be changed or challenged. Reaching one of these limits is a plateau, and knowing how to recognize it is the first step to knowing how to beat it.

The first and most common plateau most people reach is their daily usage plateau. 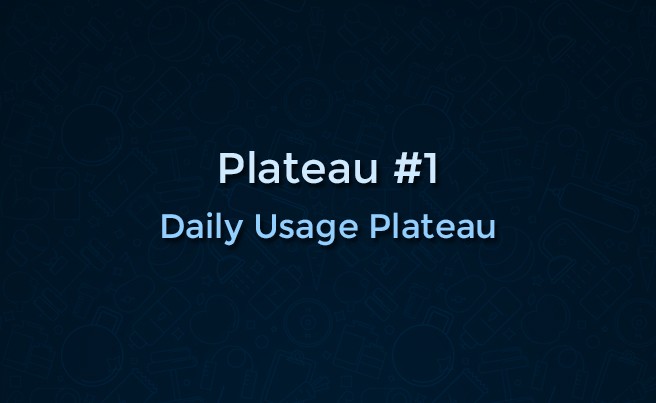 You go about your life, hauling groceries around, moving furniture, and generally not paying much attention to your muscles beyond needing them to move and live. You’re probably at a plateau right now; the place your muscles have settled to provide the strength necessary to do what you do every day, and no more.

The reason that plateaus like these exists is that muscles burn energy and take nutrients to maintain. Having too much muscle is detrimental to survival in the wild; the more nutrients you need to maintain your body, the more active you need to be, hunting and pursuing food to eat. This is why most predators are lean; they’re powerful, but they aren’t over-muscled for what they need to do.

The second kind of plateau is the newbie plateau. 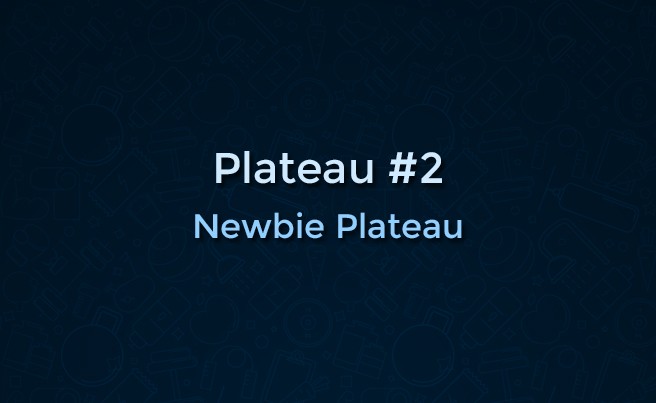 When you decide you want to work out and build muscle, chances are your first few months will see great gains. It’s surprisingly easy to go from a stereotypical office worker build to someone with an athletic and muscular figure.

When you’re first starting out, it’s easy to keep increasing the weight you lift, adding 10 lbs to the bar every week or two, watching your muscles visibly bulk up from week to week, and generally seeing great progress. However, after a few months, you’ll find this growth tapers off. Now it’s harder and harder to lift more, and growth seems to have stalled.

This isn’t necessarily a real plateau. You’re often still growing, just at a much slower rate, so in comparison, it seems stalled out. However, as long as you can keep increasing your reps or your weight, you’re making progress, and you’re not stalled out. A real plateau is a true stall.

The third plateau is the weight lifting plateau. 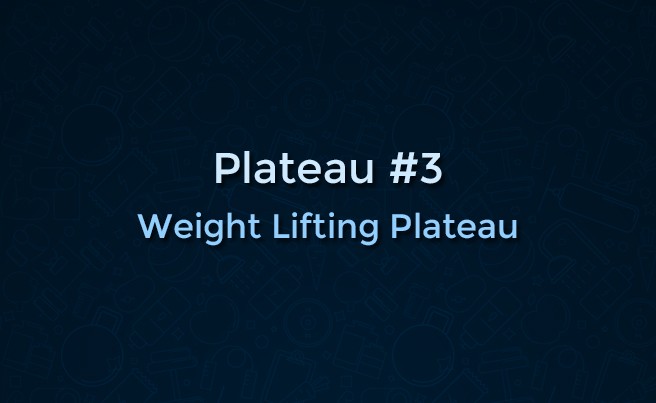 A plateau at this point comes when you hit a new equilibrium. You keep lifting weights, but your muscles don’t seem to build, and you aren’t able to push the weight you lift. You run cardio, but you aren’t able to improve your mile time or your stamina beyond a certain point. You are, despite your best efforts, stalled out.

This is also called a training plateau, and it’s entirely possible that you’ll hit several between the start of your training and your end goals. It all depends on what your goals are. If you want to be a bodybuilder or a championship weight lifter, you’re going to hit and have to break a bunch of plateaus on the way.

At some stages, this kind of plateau can even lead to a loss of strength, and a feeling like you’re sliding backward. This is terribly frustrating, but don’t worry; we’ll give you tips on solving it shortly.

The fourth kind of plateau is a biological plateau. 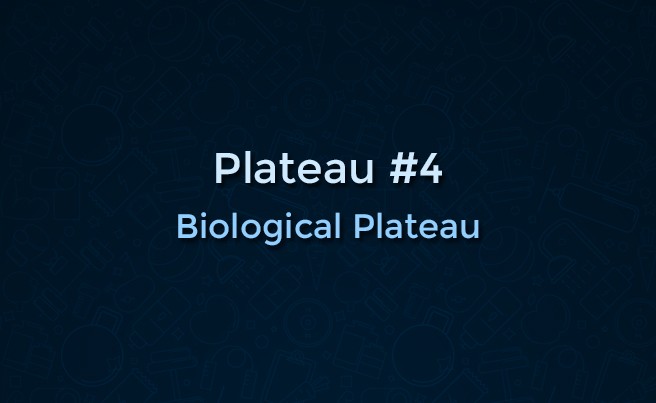 Your body naturally produces a protein called myostatin. This protein exists for one purpose: to inhibit muscle growth. Without this protein, though, you don’t build more muscle. Rather, your muscles enlarge. It’s a minor but significant difference.

While it might sound like a myostatin inhibitor would be a good idea, in fact, it’s not. Remember, muscles include more than just your limbs and torso; your heart is also a very important muscle. An enlarged heart is very much not a good thing.

There are some myostatin-deficient animals. One of the most common is a type of cattle with excessive muscles, which can show up as a mutation or as an intended factor of the breed. This can also show up in dogs, mice, and rabbits, though the rabbits were gene-edited as part of an experiment.

You can consider the myostatin plateau to be the final plateau; there’s no biological way to push past it. Animals that lack the protein or have an inactive version of the protein have increased rates of birth defects, stillbirths, and other health problems, so it’s not something you want to try to do anyway.

So how do you know when you’ve reached a muscle growth plateau? It’s usually pretty obvious and frustrating, but if you’re not sure, here are the signs to look for.

Losing strength. One of the worst outcomes of reaching a plateau is trying to push it too hard to overcome it. Plateaus can be overcome, but it takes specific adjustments and just adding more weight or more reps won’t do it. Instead, pushing yourself beyond your limits will injure you or damage your muscles, and they won’t fully recover before the next time you try to push it. You slip into a cycle of damage and improper recovery, and end up losing strength. 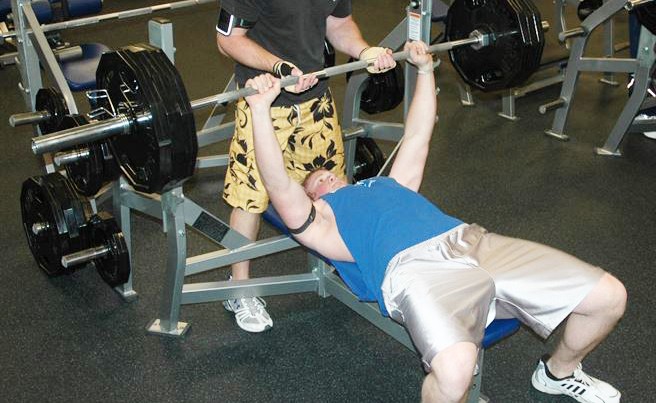 Losing the pump. The pump is a notorious feeling among weight lifters and bodybuilders, and it’s one of the more exciting parts of starting a fitness program. The pump is the effect of lifting weights, where the stimulation to your muscles causes blood to flood into them, pumping them up. It feels good, it looks fantastic, it’s great for taking photos for your Instagram, and some trainers swear by it.

Now, whether or not the pump is a necessary requirement for muscle growth is still debated. Some people feel it’s a sure-fire indicator of future growth, while others aren’t so sure. Either way, NOT feeling the pump is an indication that your muscles aren’t being worked as much as you want them to work, which means they won’t be growing.

Less hunger. Part of a good workout plan is a diet, and a solid workout should leave you ravenous. After all, working all those muscles burns a lot of energy. If your workouts are stalling out, you won’t be burning as much energy, so your body won’t need to restore as much. If you’re less hungry, you’re not progressing as much.

General fatigue. Though a large part of this is psychological, keep an eye on your mood and your energy levels. A plateau can be characterized by increased fatigue and tiredness, but also less enthusiasm and aggression when it comes to actually working out. 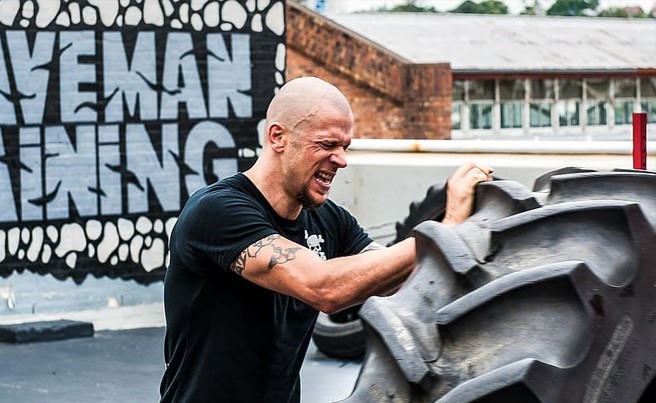 No progress. Now, we don’t mean “almost no progress” here. If it took you two weeks of workouts, but you added five pounds to what you lift, that’s progress. It’s slow progress compared to the newbie gains phase, but it’s a realistic amount of progress. After all, if the constant escalation of newbie gains continued, Hafthor would be able to bench the moon by now.

No, “no progress” means zero progress. Two weeks of consecutive workouts is generally a good amount of time to see at least some minor progress, so if you see nothing, that’s a solid indicator that you’ve hit a plateau.

Feeling flush. This is another semi-subjective indicator, but if you feel flushed, as if you’re red in the face, your ears are red, or that your blood pressure is higher than normal, it might be an indicator of a plateau. This is because of cortisol, the hormone that causes stress, building up without release. Different people react to stress differently, though, so this isn’t a reliable indicator.

How to Break a Plateau in Muscle Building?

Once you’ve identified the plateau, you can work on beating it. In order to beat it, though, you need to understand it. So what actually causes the plateau?

Poor recovery means you’re not letting your muscles rebuild and strengthen in between workouts. When you work out, you push your muscles to their limits, literally tearing and damaging them in tiny ways as you do it. That’s why they burn and ache. That damage sounds scary, but that’s the goal; when they heal, they heal stronger and more capable, ready to deal with what you threw at them better next time around. 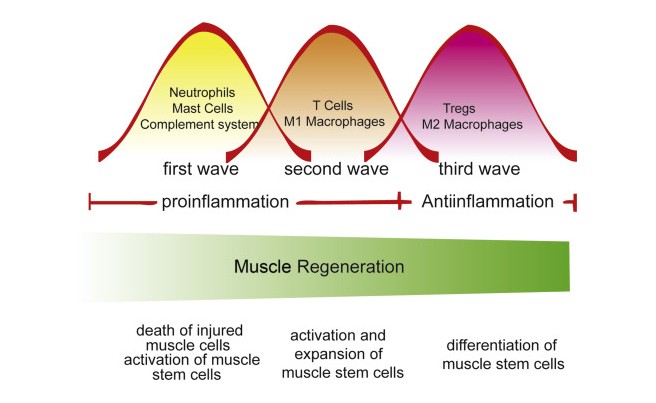 Recovery means three things: time, nutrition, and rest. You need to give your muscles enough time to heal before you go to work them seriously again. This is why a lot of workout plans rotate between different muscle groups each workout; to give each group time to heal before reaching it in the rotation again. Nutrition means eating the right levels of vitamins, minerals, protein, and fat for your body to produce new muscle tissue. If you aren’t eating properly, you can’t heal properly. And rest, of course, is necessary to keep your body healthy.

On the other site, you have equilibrium. As you lose weight and build muscle, your body needs a different balance of nutrients to keep it going. Generally losing weight means needing fewer calories to keep going, so your diet – which was previously a caloric deficit – is no longer letting you lose weight while you build bulk. You may also need a different balance of macronutrients as you progress; more protein and less fat, more vitamins and amino acids, that kind of thing.

So how can you push past your plateau? Here are our tips, distilled from experience and the resources of others.

All of these changes can help you push past a plateau by changing the way your muscles are worked, even if you don’t change the exercises themselves.

Slow down your reps. One of the key components of muscle growth that we often miss is “time under tension”. Blowing through your reps too quickly puts a burst of strain on your muscles, but it’s not long-lasting and doesn’t put the right kind of stress on them to stimulate growth. Taking your reps slower is more difficult, and can help push you to improve even more. 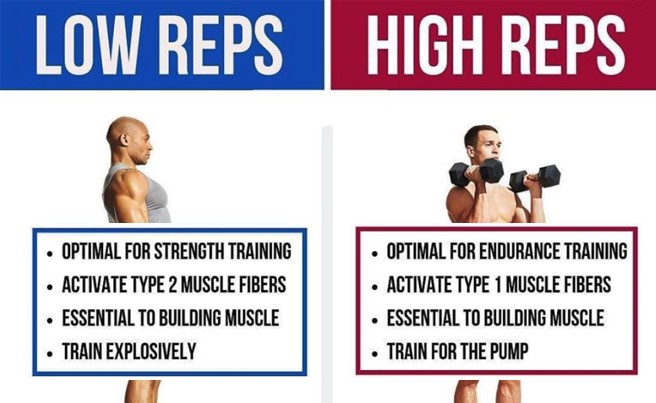 Get more rest and sleep. Recovery time is incredibly important. Getting more rest, more time between workouts, and more relaxation throughout your day helps your body recover more quickly and effectively. It’s especially important to make sure you get enough sleep at night, to keep your body working at peak efficiency.

Improve your nutritional balance. It can be worth talking to a trainer or nutritionist to analyze your specific situation, here. Some people need to cut a little off their caloric intake. Others need to increase their calories, usually with protein. Some people might be fine with a simple adjustment to the balance between macronutrients. Without knowing your full diet and exercise plan, we can’t give more specific advice.

Whatever you do, make sure to watch what you’re doing to avoid injury. Some recommendations can be dangerous in encouraging you to push too far past your limits and risk injury, which will set you back even further. Be careful, but be aggressive, and you’ll be able to break your plateau.