How to Get Rid of Man Boobs with Spot Fat Reduction?

How to Get Rid of Man Boobs with Spot Fat Reduction?

Exercises Standing Calf Raise Machine: How To Use, Benefits and Muscles Worked
Thanks for subscribing!
July 6, 2020

Man boobs have been a cause for concern, body image issues, and self-esteem problems for men for decades. They’re a constant source of mocking in media and in person. Anyone who suffers from the condition most likely wants to get rid of them, but how? Is it even possible to target an area like the chest with exercises to lose weight, or do you just have to lose weight across the board and hope they go away?

First, let’s look at what causes this condition. Everyone, male, female, or otherwise, has breast tissue. It’s reasonably vestigial in men, in that it doesn’t serve a reproductive purpose, but it’s there.

In men, testosterone prevents breast tissue from expanding. You can probably already see where this is going. 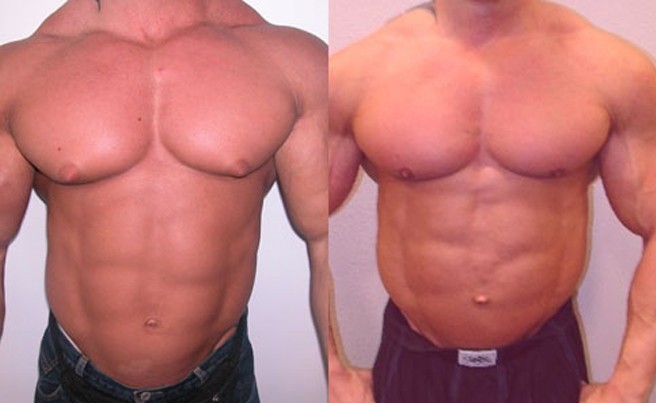 Pretty much anything that disrupts hormone balance, specifically by decreasing testosterone and increasing estrogen, can cause a medical condition called gynecomastia. Hormone changes can be caused by anything from excessive alcohol consumption to medications that affect hormones to liver or kidney disease, thyroid conditions, or cancer.

However, that’s only one type of man boobs. Indeed, it’s even the less common type. More commonly, it’s not breast tissue that causes the issue, but fat.

Fat accumulates around the body as you take in more calories and energy than your body knows what to do with. Rather than let all that energy pass through you and be wasted – when it might be needed in upcoming times of famine – your body stores it as fat. This fat is stored around the body, on hips, in the abdominal cavity, around the outside of the body, around limbs, and just about everywhere else. As the usual stores fill up, fat builds up anywhere it can, which is why people who grow more and more obese tend to simply expand every way but up.

So what is spot fat reduction? Is it a myth, or is it real? This is actually quite a complicated question. 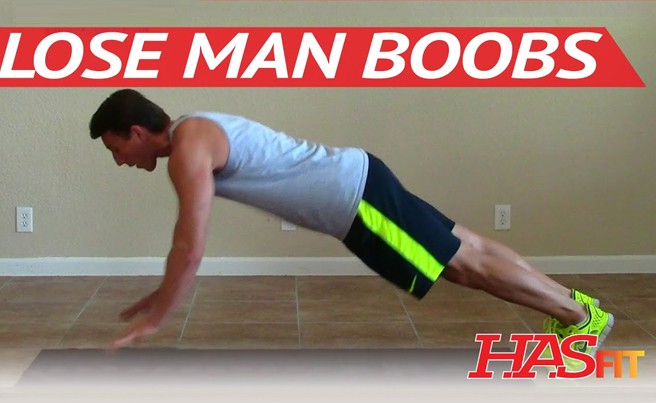 Is it real, though? Does it work? The answer is: maybe.

There have been quite a few studies performed over the last half-century on targeted weight loss. Obese participants worked out a single leg and had both legs measured, only to find they lost weight evenly across them. Other studies like this one found that abdominal exercises didn’t really cause fat loss in the abs any more than anywhere else.

There are dozens of studies like these, and they all have one flaw: they start with people who are obese.

When you’re obese, your body has a lot of extra fat stored all over the place. When you start maintaining a caloric deficit, whether it’s through increased exercise, decreased caloric intake, or both (that is, diet and exercise), you start burning that fat.

Over time, more and more studies are being produced with different kinds of participants, different kinds of exercises, and different results. We’ve discovered that fat loss regional to the muscles being worked is real, though the effect is generally minor.

The Trouble with Spot Reduction

The trouble, from what we can currently tell about exercise and targeted fat loss, is that the body tends to burn fat relatively evenly when it can. If you’re obese, when you maintain a caloric deficit, you’re going to lose fat from everywhere: around the hips, around the trunk, in the limbs, and elsewhere. The body pulls fat from wherever it’s convenient to get it.

Spot fat reduction seems to only be relevant once you’ve reached a low enough level of body fat that there isn’t fat just everywhere to pull from. If you’re relatively fit, but you have a bit of a beer belly going, targeted exercises may be slightly more effective than general full-body exercises to help lose that weight.

Here’s where the problem comes in for so-called man boobs: they’re often among the first things to go. By the time you’ve reduced your overall body weight enough to the point that targeted spot reduction could have an effect, your body fat is going to be fairly minimal compared to overall obesity. 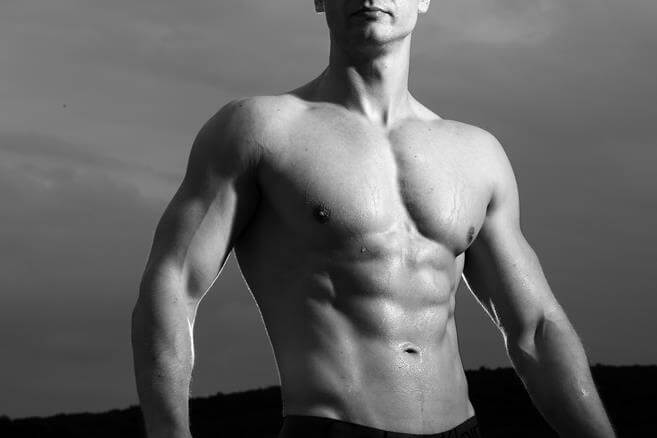 If you’ve reduced body fat to the point where you’re relatively lean, but you still have enlarged breasts, you might want to see a doctor. It’s possible that obesity can affect the thyroid, other glands throughout the body, or even cause cancer, all of which can unbalance your hormones. You’ll want to have tests run to make sure none of these are the case.

Does Diet Help with Spot Reduction?

In order to lose weight, you need to take in less energy than you’re consuming every day. That’s it. That’s the secret. 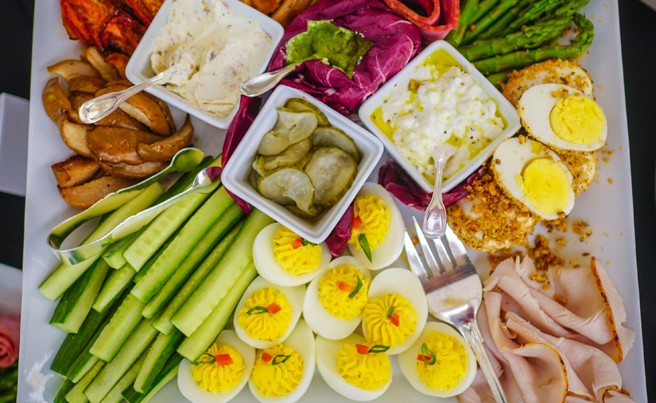 Atkins, Keto, Primal, Vegan; all of these diets serve one purpose. They provide you with rules and structure to help keep your caloric intake in check.

Alright, so, that’s not precisely true. There are a few less-frequently-discussed benefits to these kinds of diets that you don’t get with just “eating less” as a dietary plan.

Any diet can work, so long as you don’t over-eat and you stick with it. What many people don’t realize is that a diet isn’t something you do for a few weeks or a few months; it’s a lifestyle change. Ideally, you stick with the diet for the rest of your life.

So what about all those things you see on the shelves at your local vitamin shop?

The first category is the bodybuilding supplements. Things like protein powders and amino acids fall into this category. These are supplements that help you build muscle while you exercise. 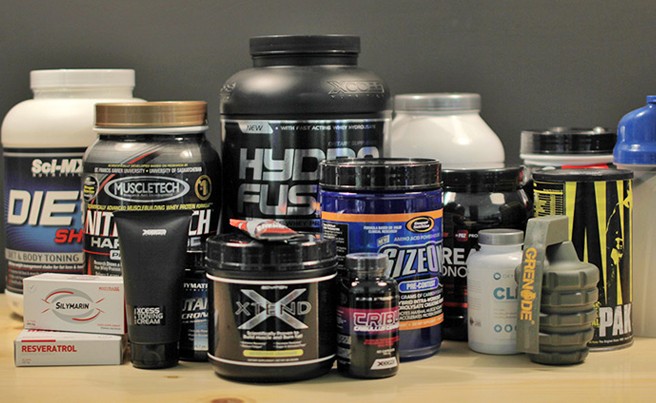 Here’s the thing: building muscle doesn’t necessarily help you lose weight. Muscle mass is denser than fat, so while you’re working out, you can build muscle beneath the fat on the surface. You’ll feel better, and your actual body fat percentage and your physical size might reduce, but your weight might not. This can be discouraging for some people, who feel like their weight loss program isn’t working.

Stick with it, though, because the more muscle mass you have, the more calories it takes to fuel it while lifting heavier weights, doing more repetitions, running further, or whatever exercise you’ve chosen. You’ll eventually reach a tipping point where you burn more, faster.

In the meantime, taking supplements to build muscle won’t help with losing weight. They’re for people who want to bulk up their muscles, not for people who are trying to develop those muscles in the first place.

The second category is general dietary support supplements. These are your multivitamins and other supplements that exist to support your overall metabolism. In general, you shouldn’t need these, but they usually won’t hurt to take. Some vitamins and minerals can cause issues if you overdose with them, though, so be careful not to take too much of any single vitamin or nutrient.

The third category is the holistic health supplements. These are the products ranging from fat burners (basically just caffeine pills that make you feel energized enough to work out) to weight loss skin creams (that do nothing) or herbal remedies (that are simply just less effective multivitamins.) Some of these might have some benefits, many of them won’t.

How to Get Rid of Man Boobs

If you’re suffering from an enlarged chest, and you want to get rid of those man boobs, the first thing you want to do is examine your diet.

Look for junk that you’re eating. Foods packed with sugars, with starches and corn syrup, with a ton of carbs, and with all of those unhealthy ingredients. Those foods are extremely energy-dense, but they’re also quite unhealthy for you. Unless you’re running marathons every few days, you don’t need all of the calories you’re likely consuming. Remember, you need to burn more than you eat, so the richer and denser the food you eat, the more exercise you need to do to balance it out. 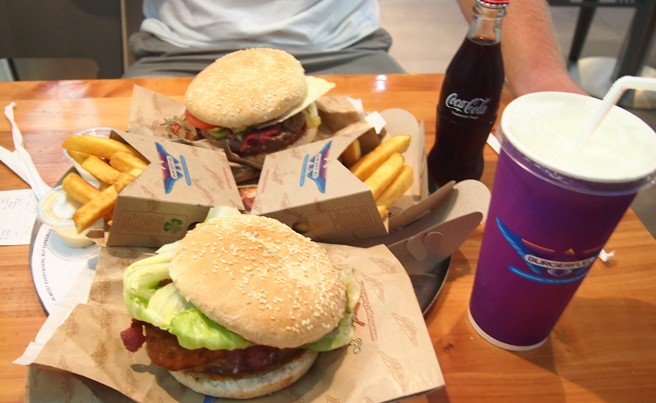 Next, look for your general activity levels. How much exercise do you typically do in a day? Many people, particularly those who work in offices, don’t get much physical activity throughout the day.

What you want to do is work on changing your diet, work on exercising more, and balance out your fitness levels.

Some people will find that an abrupt and total shift from a junk diet to a controlled diet like Atkins or Keto works for them. For most people, the abrupt shift leaves them craving their favorite treats, they start to cheat on their diet, and the whole thing crumbles.

A better idea is to pick a dietary direction and start working in that direction. Cut out a few high-sugar treats but leave the rest of the diet unchanged. Replace a few junk foods with healthier snacks, but don’t worry about full meals. Take gradual steps, let yourself adjust to them, and take further steps once you’ve built a new habit. 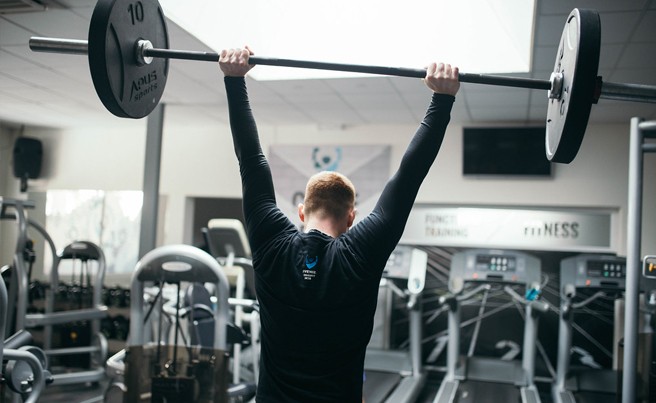 Exercise is the same way. Some people can dive headlong into working with a personal trainer and doing high-intensity workouts daily, but many more find it stressful, injure themselves, or otherwise stop. For those people, it can be a lot more effective to simply start with a daily walk. Pick a time each day and just walk for half a mile, a mile, however long you can. Once you get used to walking, pick up the pace and jog a little, or start taking those hills you avoid, or just extend how long you walk. Maybe later you can join a gym and start spending time on the elliptical or lifting some weights.

Take things slowly and build up to your goals. Build new healthy habits in both diet and exercise, and you’ll not just lose weight, you’ll build a healthy lifestyle. That’s the true key to success.

Gradual changes will help you lose weight and build muscle, and over time, your man boobs should disappear. If you lose a significant portion of your body fat but they prove to be stubborn, then that’s a sign you might want to see a doctor about hormone issues.