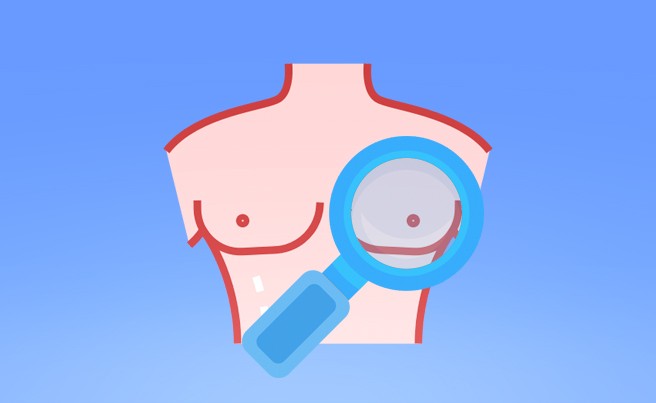 It wouldn’t inaccurate to say that, around the globe, billions of men are concerned about their appearance. Some are obese and simply want to lose weight, while others are too slim and want to bulk up. Many, though, fear the dreaded “man boobs,” and want to get rid of them when they appear.

There’s just one question: are those lumps from fat, or are they the medical condition called gynecomastia? Many people don’t know this, but there’s actually a difference, and that difference means different treatment options.

Pseudogynecomastia is the scientific name for the fat accumulation on the chest of a male person.

When a person eats more calories than they burn, the body stores some of that energy for later. This is an evolutionary trait that helps us survive in lean times, times of famine, where food is scarce but you still need your energy to do things that help you survive, like forage, hunt, or travel to water. 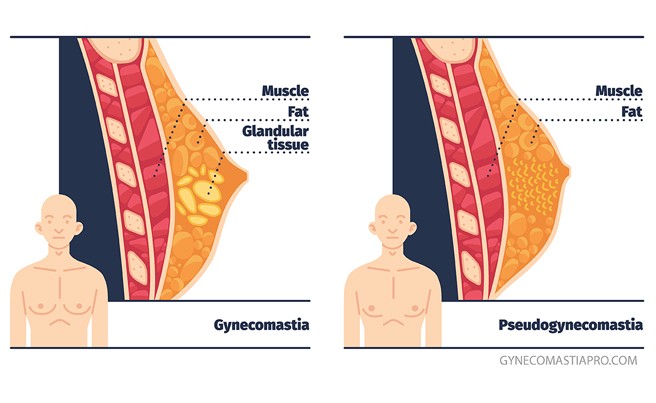 Since we’re no longer a nomadic society of hunter-gatherers, and famine is relatively rare in modern society (though it’s not unheard of, and food scarcity is a real problem amongst the poor even in modern cities), this evolutionary tendency to store fat is viewed as more of a problem than a solution.

Both males and females store fat on their bodies, but the concentrations of fat can vary. With men, the “beer belly” is a common first sign of growing obesity, while with women, it can settle more on the hips.

In reality, of course, fat is stored everywhere; around the limbs, in the abdomen, packing the space around organs, on the neck, and pretty much everywhere else. You may have seen an image like this one before, showing how fat is stored both internally and externally: 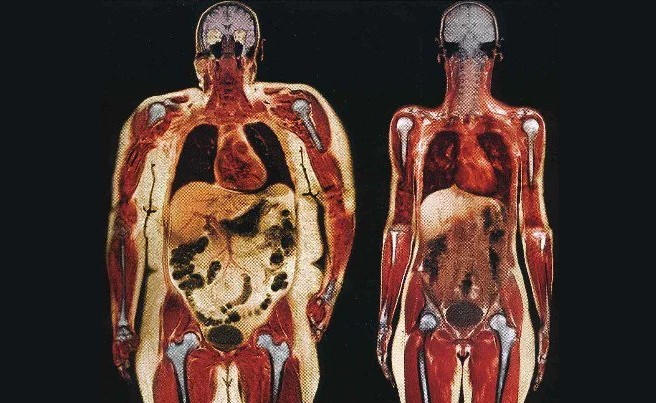 It ends up everywhere.

With many men, one of the more visible areas where fat is stored is in the breasts. Just as the stomach bulges outward with excess stored fat, so too does the skin of the upper chest.

This kind of man boobs is also known as lipomastia or adipomastia, depending on where and who you’re talking to. All of these terms are the same; they refer to the storage of excess fat in the breast area, particularly in men. Women can experience pseudogynecomastia as well, though for them it’s more of an enlargement of their existing breasts, not the formation of new breasts as in men.

Gynecomastia is a slightly different form of breast enlargement. It’s a lot more common than many people realize; it affects 40-60% of adolescent males and can start from puberty and pop up any time throughout adult life.

True gynecomastia is male breasts that have grown and expanded due to the formation and growth of glandular tissue, not fat. This is actual breast tissue, not stored fat, and it doesn’t go away through simple exercise the way fat burning does. 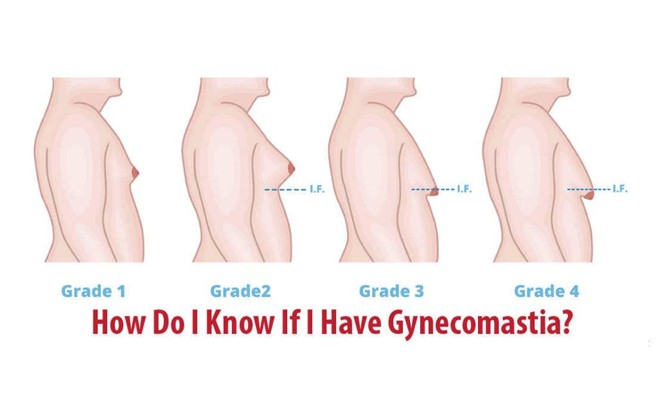 This excess estrogen can be caused by many different conditions or outside factors, including:

Gynecomastia can also appear in newborn baby boys, from estrogen that comes from the mother’s placenta. This usually disappears within a few weeks and is not a cause for concern.

There are also other, more rare causes of gynecomastia. These can include medication side-effects, excess alcohol, kidney and liver diseases, diseases in the testicles that inhibits testosterone production, and the rare Klinefelter Syndrome.

How to Tell the Difference

So how do you tell the difference between true gynecomastia and pseudogynecomastia? Luckily, this is doable with a simple self-examination, though talking to a doctor might be necessary to confirm it before you embark on any specific treatment.

The primary symptom, and way to tell the difference between the two, is feeling for rubbery, tender, or painful areas around the nipple. If the entire breast is enlarged, it’s typically going to be pseudogynecomastia. If the growth is more centered around the nipple and may be smaller and tougher, it’s more likely to be true gynecomastia.

It’s worth mentioning that there can be other health concerns causing breast lumps. If your symptoms are hard, abnormally large, one-sided, or associated with discharge from the nipple, you should see a doctor. Such issues might be anything from a large cyst to a tumor, which could be benign or malignant, or even metastatic cancer from another part of the body. Imaging and a biopsy may be necessary to determine what the cause of the symptoms truly is.

Are These Conditions Dangerous?

Other than the damage to self-esteem many men face when they see enlarged breasts on their chest, are either gynecomastia or pseudogynecomastia dangerous?

The answer is, both yes and no. Pseudogynecomastia is not itself dangerous, but given that it is a symptom of obesity, it is as dangerous as obesity itself. Obesity leads to everything from diabetes to heart disease to cancer, though plenty of people are more or less healthy while carrying excess weight. 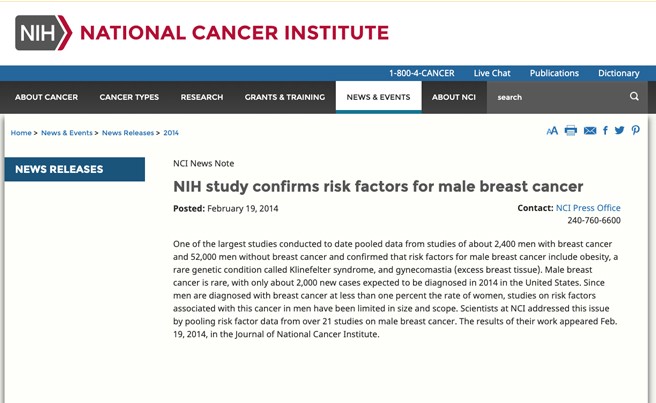 Gynecomastia itself is not dangerous on its own, and it often resolves itself without the need for medical intervention. However, it can be a symptom of something else going wrong in the body, so if it doesn’t go away or if it worsens, it can be worthwhile to see a doctor for other tests. There is also a slightly increased risk of breast cancer in men with gynecomastia, which is a dangerous condition.

How Can You Treat Pseudogynecomastia?

Pseudogynecomastia is, most of the time, simply caused by fat accumulating throughout the body. As such, anything that causes you to lose fat will help treat this form of man boobs.

Losing fat can be difficult, there’s no denying that. Millions of people struggle with weight loss every year. There are thousands of different diet plans, exercise regimens, and supplements you can take to try to help.

Be careful when taking supplements. Some of them may work fine to stimulate your metabolism and facilitate fat burning. Others may have the opposite effect. In particular, steroids and steroid-like chemicals, as well as hormones, can throw the bodily system into chaos and can exacerbate gynecomastia issues.

In general, losing weight is simple in concept. All you need to do is burn more calories than you take in. You can do this via eating less, working out more, or both. Some people will find one method more effective than the other, while others will need both to get the best results. It’s best if you try to experiment with diets, exercise, and combinations of both.

The best advice about losing weight that anyone can give you is to start slow and build habits. The reason many diets fail is not that the diet is bad, but because it’s hard to stick with a dramatic change. Rather than going from eating fast food and frozen dinner diets to Atkins or a Keto diet at the drop of a hat, simply make small changes to your diet over time. Stop drinking sodas as your main change and stick with it for a month. Once you’ve lost the taste for sodas, you can make another change, like reducing the number of carbs you eat. 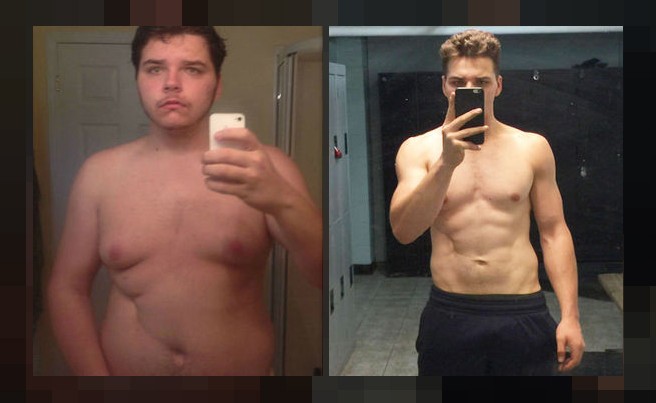 Of course, every person is different. Some will do best with calorie counting and tracking everything through a fitness app. Some will do best by enforcing a diet via external factors, like restricting their kitchen to only diet-planned meals. It all depends on your own predilections.

Exercise is the same way. It’s easiest to start just by going on daily walks and gradually increasing the pace and lengths of those walks. You can buy weights at home and start simple weight lifting routines. You can buy exercise DVDs or watch YouTube guides to follow an exercise plan. You can use a fitness game, either one designed for it like Nintendo’s RingFit Adventure, or one not made for exercise but involving physical activity, like BeatSaber. You can do any or all of these at the same time.

Other people might find it best to dive headlong into a fitness program and hire a personal trainer to work with them directly. You might even find it most effective to hire both a personal trainer and a nutritionist, or one person trained in both facets of fitness, to get both sides of the coin.

Losing fat will eventually get rid of man boobs, but it’s not really possible to target man boobs directly with exercise. In fact, doing so might make it worse, as you build muscle in your chest without losing fat more than a percentage at a time. It’s all about balance.

How Can You Treat True Gynecomastia?

True gynecomastia cannot be treated with diet and exercise since it’s not fat that causes the problem. Luckily, in most cases, gynecomastia will go away naturally within a year. Hormones tend to balance themselves out over time. Particularly in adolescent young men, gynecomastia can develop during puberty and go away once your body settles down as you age. Conversely, age-related reductions in testosterone production are unlikely to go away without some kind of intervention.

It is, however, worth investigating what might be causing gynecomastia in the first place. For example, if you’re taking steroidal drugs for another medical issue, they may be causing the hormone imbalance that leads to gynecomastia. Discontinuing those drugs may not solve the problem, but may not even be an option, depending on why you’re using them in the first place.

If gynecomastia persists, it might be worth looking into other root causes of the hormonal imbalance. This will often involve testing at a doctor’s office. 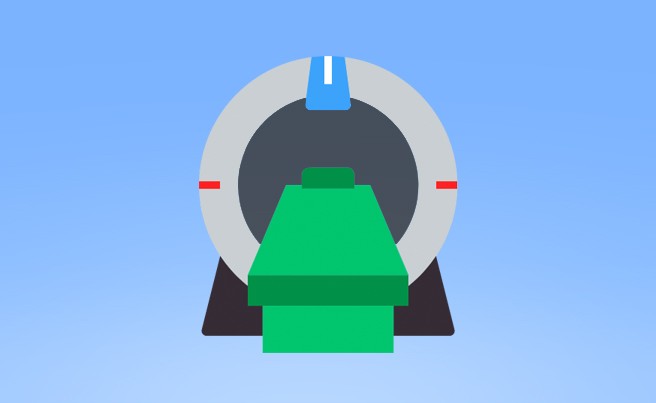 In young men who suffer from gynecomastia, it may be possible to investigate treatments that adjust hormones artificially. These kinds of treatments are typically not invasive like surgery, but they may or may not be temporary depending on the kind of treatment.

In extreme cases, if no root cause can be determined but the gynecomastia does not go away on its own, it may be possible to remove it surgically. This is an extreme treatment, though, so thoroughly discuss the options with your doctor before opting for it. Cosmetic surgeons are the best to talk to here, but make sure you understand the pros and cons of any elective surgery before you book an appointment.