CrossFit vs Bodybuilding vs Powerlifting: Finding Which Works for You 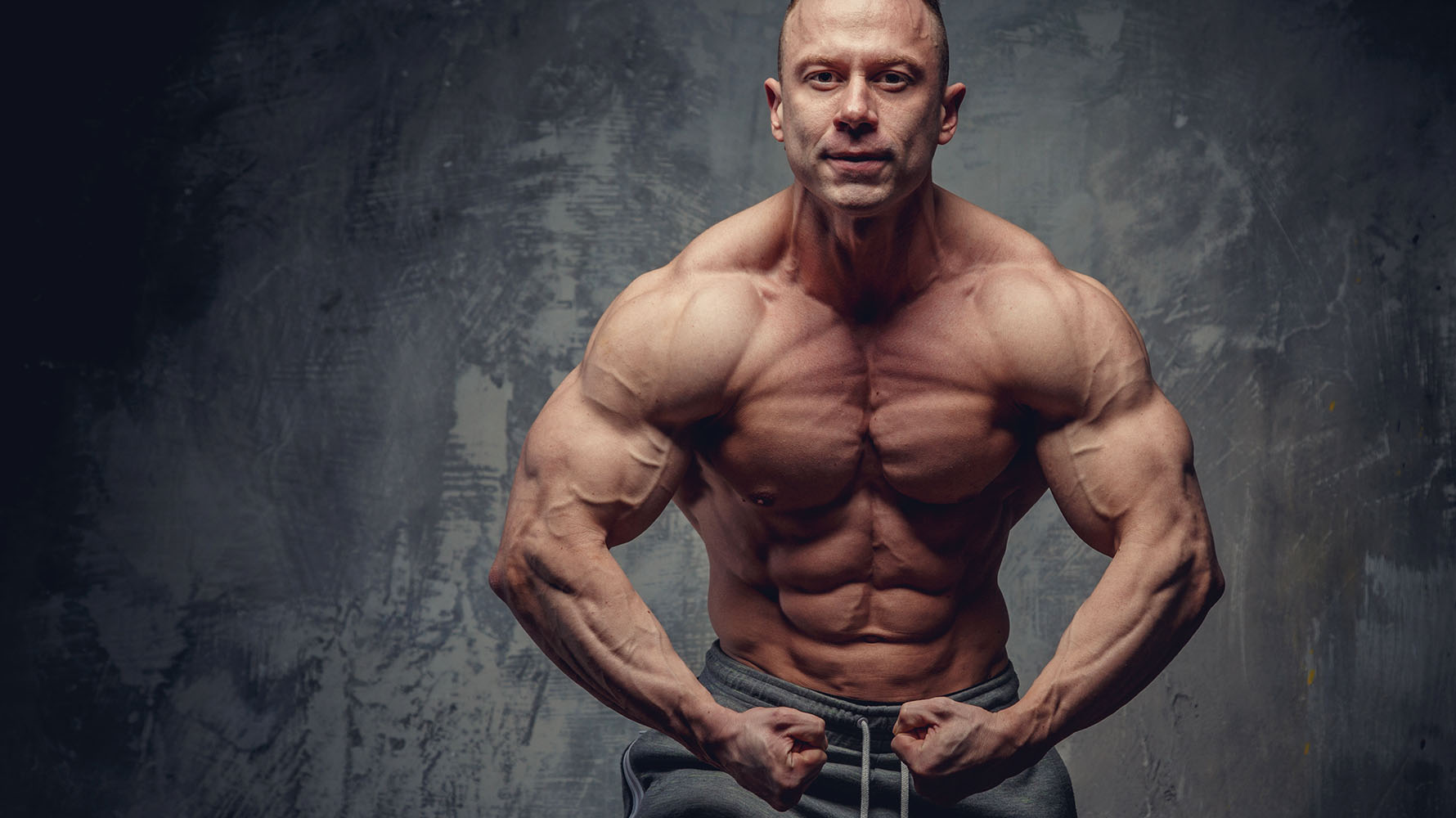 CrossFit vs Bodybuilding vs Powerlifting: Finding Which Works for You

Exercises Standing Calf Raise Machine: How To Use, Benefits and Muscles Worked
Thanks for subscribing!
December 10, 2020

In the wide world of fitness exercises, there are a handful of kinds of training that crop up time and again.

Bodybuilding is an old, traditional form of training. It has been popular for decades, with tried and tested methods and entire institutions dedicated to it.

Powerlifting is ancient, stretching all the way back to ancient Greece, but has taken many forms with many different practices along the way.

CrossFit is the newcomer, invented in 1996, but has swiftly grown in popularity as more and more people practice it.

What are the substantive differences between each of the three? And, more importantly, which one should you choose? Let’s dig in.

Why Choose Just One?

Before we dig into the specifics of each form of workout, let’s discuss one topic many fitness newcomers ask. Why choose just one sport? Why focus on powerlifting, or bodybuilding, or CrossFit, instead of just doing all three? 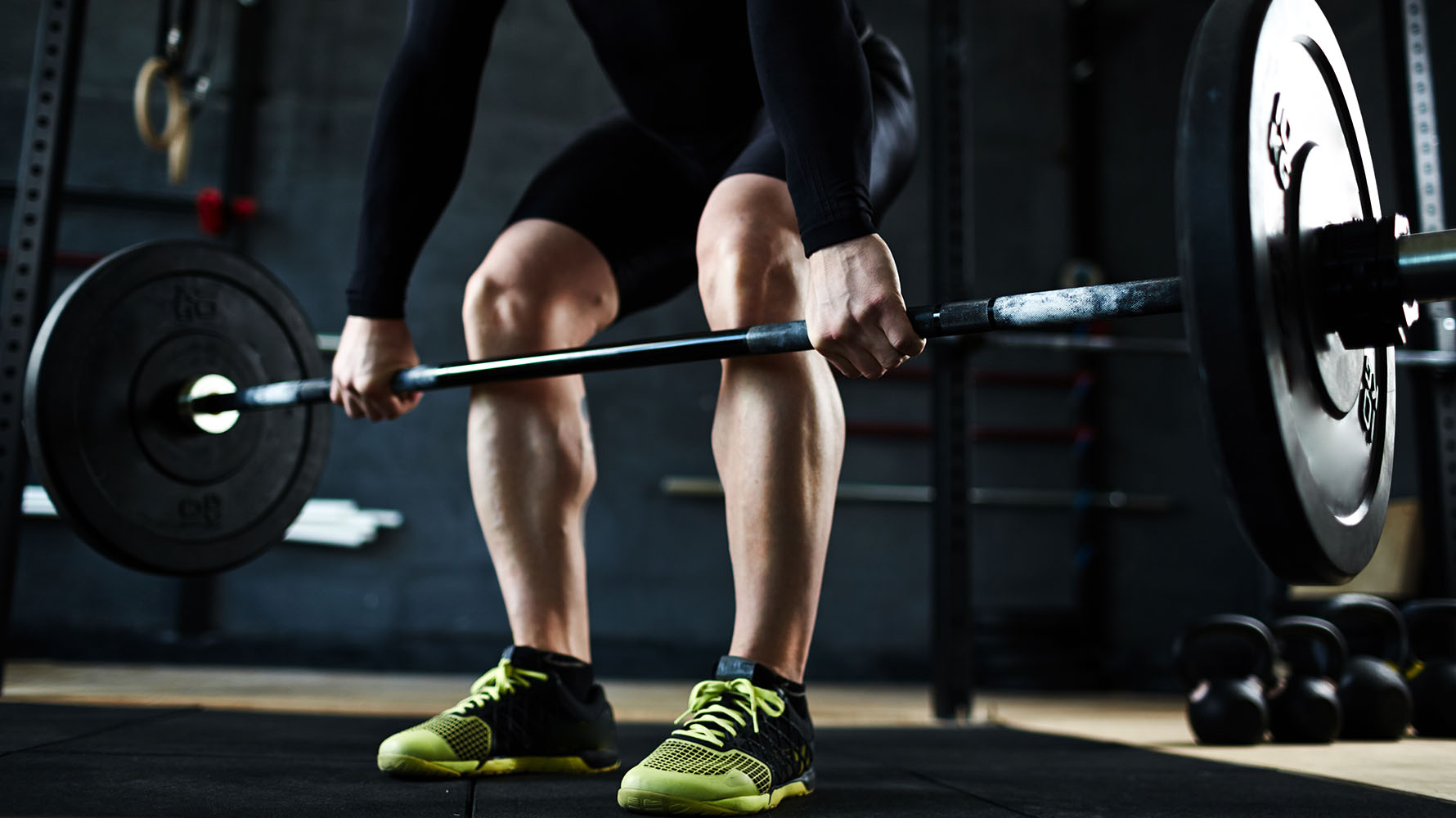 To that we reply; why focus on anything? A jack of all trades may have a broad but superficial knowledge of many things, but a master of a given subject will more often be considered the authority.

With mental skills and knowledge, yes, it can be beneficial to learn the basics of many things. The ability to synthesize ideas and integrate practices from different fields can be a powerful tool.

With physical training, however, you don’t get the same benefits. You can’t do bicep curls once a month in a rotation of other exercises and expect to grow your strength or muscle mass.

What it all comes down to is one thing: your goals. Each practice between the three we’re discussing today has different goals. You can’t achieve all of those goals at once, because they have fundamentally different end results. You can’t both be skinny-fit and a bulky powerlifter. There’s no way to simultaneously look like Ryan Reynolds and Hafthor Bjornsson.

The Goals and Fundamentals of Each Style

Let’s talk about those goals. What is the end result of each of the three styles of workout? In a way, you can think of them as different ends of a spectrum.

On one end of the line, you have CrossFit. CrossFit is a holistic approach to overall health and fitness. According to the official website for the workout, “CrossFit contends that a person is as fit as they are proficient in each of ten general physical skills: cardiovascular/respiratory endurance, stamina, strength, flexibility, power, speed, agility, balance, coordination, and accuracy.”

The end goal of a CrossFit trainer is to be slim, lean, and fit. They balance out their stats, so to speak, between power/strength, endurance/stamina, speed/accuracy, and conditioning. A runner might have great speed and endurance, but no strength. A powerlifter has great strength and endurance, but comparatively little speed. A CrossFit specialist is as close to a jack of all trades as you can get in fitness. 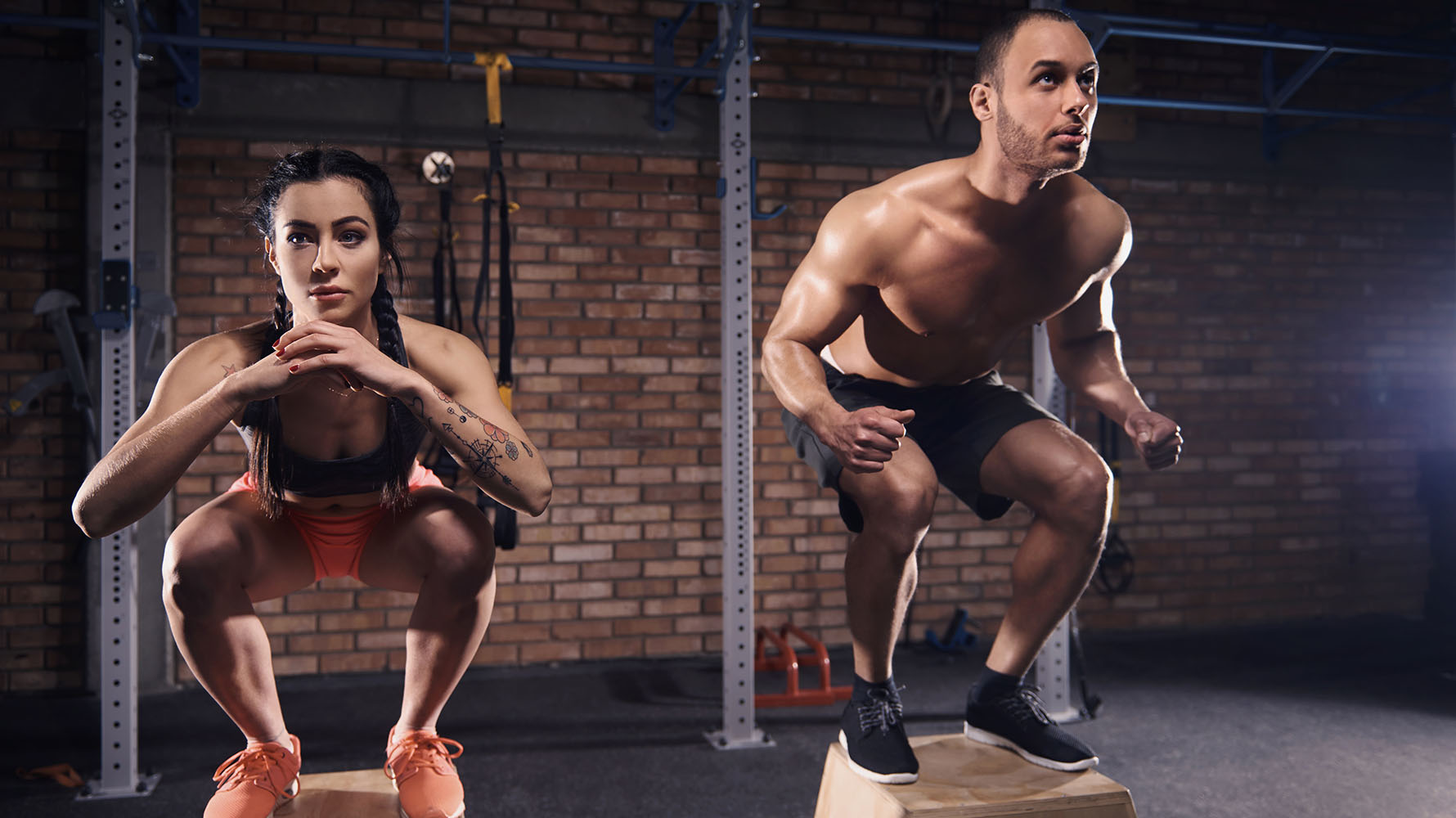 In the middle of the spectrum, you have bodybuilding. Bodybuilding focuses on two things to the exclusion of most others: muscle mass and appearance. A bodybuilder looks fabulous, with large, bulging muscles and rippling waves of flesh. Bodybuilding competitions happen around the world, and they focus on one thing above all else; aesthetics.

Bodybuilders are often strong, but they aren’t focused on strength. They have the stamina, but their stamina is focused on holding poses and pumping muscles for girth. They perform, but not in athletic competitions, rather in aesthetic competitions instead.

Powerlifting is the other end of the spectrum. Rather than a generalist, focusing on holistic fitness, they focus entirely on one thing: strength. Powerlifters emphasize their ability to lift heavy objects. They may have the stamina, but many powerlifting competitions focus on one single impressive task, be it a single high-weight deadlift, carrying a heavy stone, or competing in the range of different feats of strength in a strongman competition.

The Upsides and Downsides to Each Style

Proponents of any given workout are likely to disparage other workouts, and potentially with good reason. There are pros and cons to every style.

With powerlifting, the pros are obvious; you’re huge, you’re strong, and you’re powerful. A powerlifter can deadlift incredible amounts of weight. 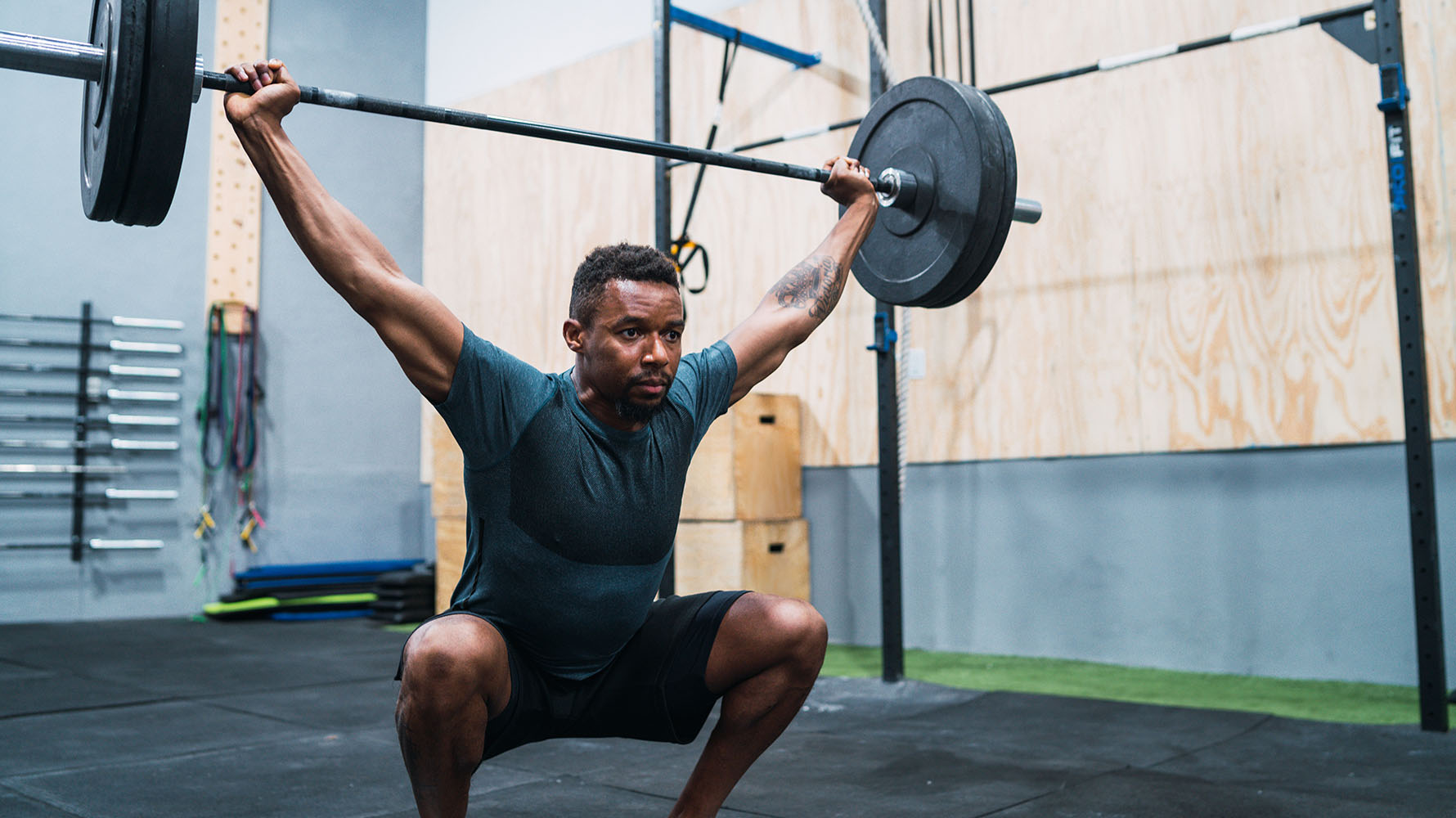 On the other hand, a powerlifter generally works a small handful of exercises to the exclusion of all else. They focus on the bench press, the deadlift, and the squat. Curls? Crunches? Cardio? These things aren’t important to the powerlifter.

The powerlifter may be strong, but they may not have stamina beyond what is necessary to perform their feats of strength, and they certainly aren’t as balanced or as fast as other practitioners.

With bodybuilding, the pros are highly visible. They’re all about muscle mass and appearance, the aesthetics of fitness.

Unfortunately, that’s not always a good focus. Many bodybuilders suffer from some level of body dysmorphia, colloquially known as “bigorexia“. Not all bodybuilders do, of course, but the prevalence of those who do can lead to a negative reputation. Many other fitness practitioners view bodybuilders as steroid junkies, and there’s a constant worry about unethical drugs and practices. Bodybuilding is entirely possible to do right, in a healthy and legitimate way, but there’s always the reputation to fight.

There’s also the potential issue of health in bodybuilding. Since bodybuilding is focused on mass more than strength, those muscles may look impressive, but they aren’t necessarily functional. The reduction in body fat necessary to maintain those top-tier aesthetics can also be dangerous to your health, if not done properly.

CrossFit has a variety of pros. As a balanced workout, it has the most focus on holistic health, covering all of the bases with exercise. An experienced (and careful) practitioner of CrossFit will have incredible endurance, explosive power, and shocking speed. They aren’t as fast as an Olympic sprinter, as powerful as a powerlifter, or as massive as a bodybuilder, but they split the difference and find a balance. 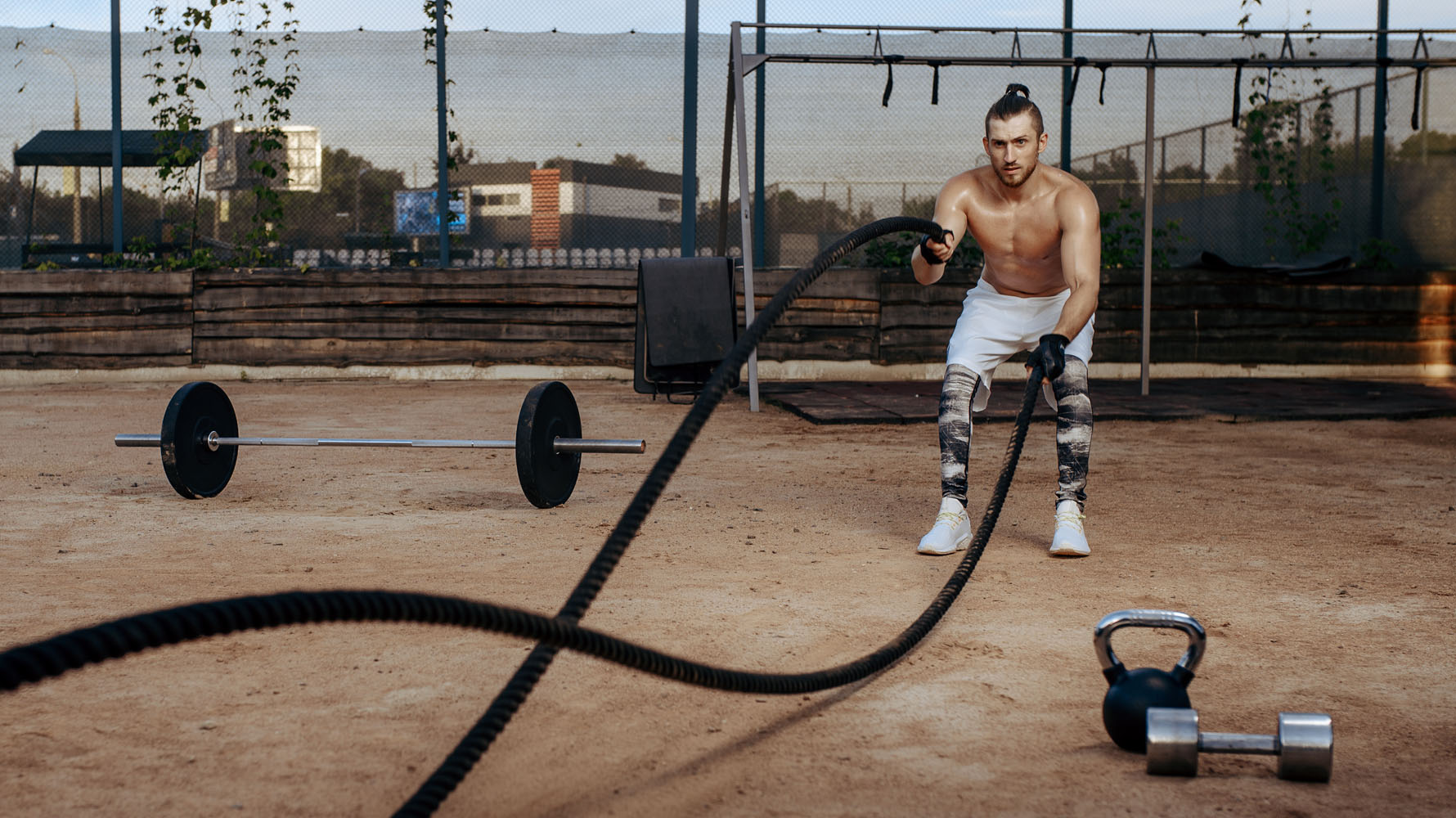 The problems with CrossFit are, however, many. CrossFit has two primary issues: the culture surrounding it and the questionable health of some of its routines. It varies from gym to gym, but some CrossFit gyms have fallen into the extremes of “gym bro” culture, pushing unhealthy exercises to the point of potentially fatal illnesses. Some even glorify it. These gyms give CrossFit a bad name, and that bad reputation is something that CrossFit enthusiasts have to fight every step of the way.

Much like bodybuilding, it’s entirely possible to do CrossFit the right way, stay healthy while doing it, and build a sleek and powerful body. The practice simply has a lot of room for failure and slipping into bad habits that can be damaging in the long term.

Which Workout is Right for You?

Every person has different dreams, ambitions, and goals. To that end, here are a series of questions you can ask yourself to help determine which routine is right for you. 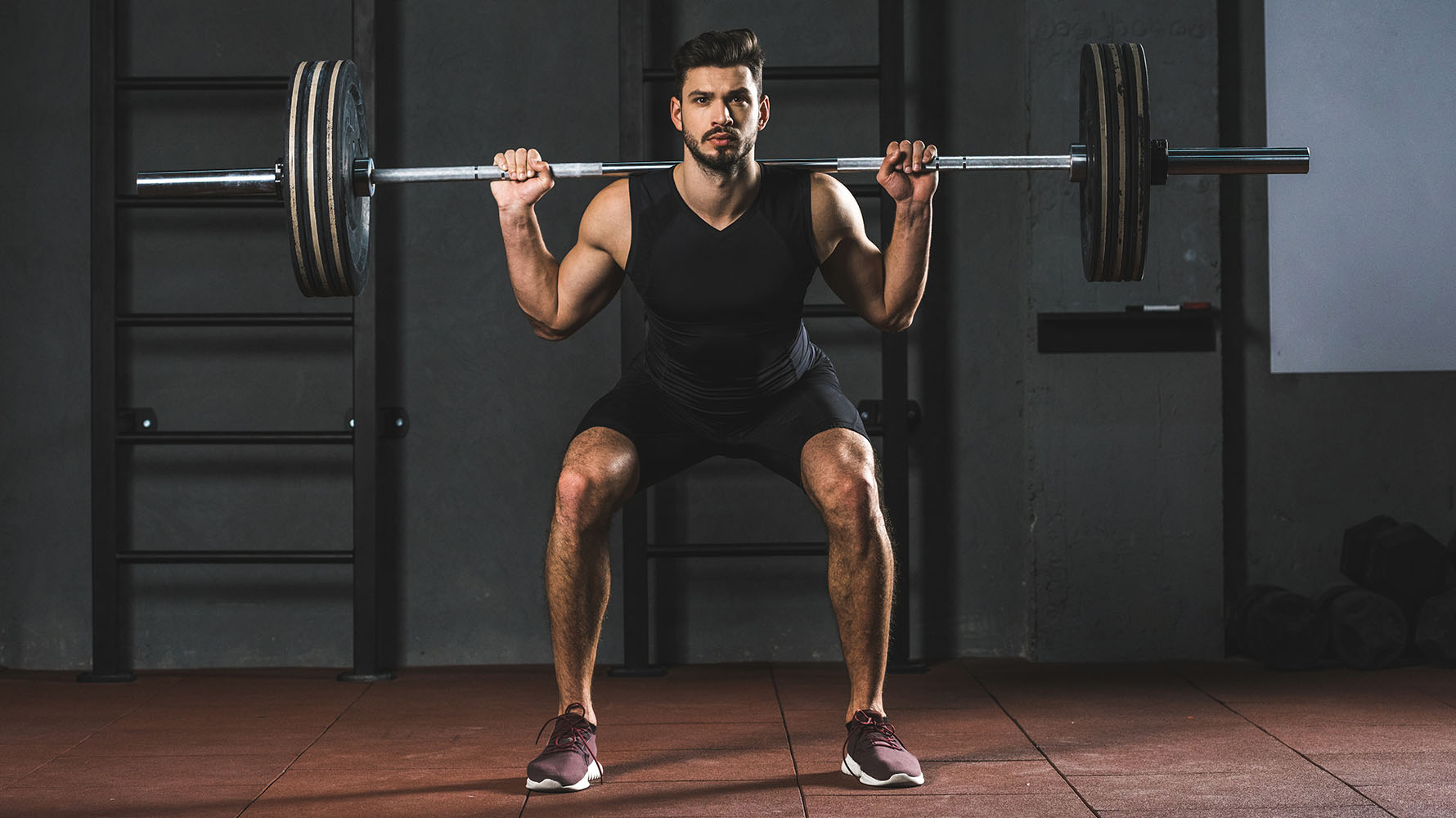 How much do you want to show off your body? If you want to be sleek and fit, like a handsome celebrity or a toned actress, CrossFit is a good option. If you want to compete against others and be judged on the quality of your muscles, bodybuilding is the sport for you. If you don’t care as much about appearance as performance, powerlifting is your go-to choice.

How much do you care about exercise variety? If you’re fine with repeating a few exercises over and over until you utterly master them, powerlifting is a perfect choice. If you want a robust routine that is, in fact, a routine, bodybuilding may be the best choice for you. If you want to try something new just about every time you set foot in the gym, CrossFit is a great option.

How much do you care about diet variety? If you really don’t care much about food and consider it a means to an end, bodybuilding is likely your best choice, with their regimented diet day in and day out. If you want to eat a varied diet and don’t mind limitations on quantity and junk food, CrossFit is a fine choice. The typical CrossFit diet is similar to other healthy diets, like low carb, and the exercise regimen can be paired up with many specific diets, including veganism, keto, and paleo. If you want to eat as much as you want without any care, powerlifting is more likely for you. Powerlifters can eat just about anything so long as it’s relatively healthy, and burn massive quantities of calories to keep growing their strength.

How much do you care about the reputation you build? If you’re concerned about the legitimacy of your reputation, powerlifting is probably the sport for you. For powerlifters, the proof is in the pudding; their performance is all that matters. If you’re somewhat concerned with reputation but you’re willing to argue your point, CrossFit is probably a good choice. CrossFit can be done properly without danger, and a demonstration can showcase that truth. If reputation isn’t a very important focus for you, but your appearance is, bodybuilding is fine for you. Many bodybuilders, unfortunately, earn reputations for using steroids or other performance enhancers, so having a thick skin to rumors is important.

Do you want to compete? CrossFit doesn’t have regimented competitions in the same way as bodybuilding and powerlifting do. They have some, like the CrossFit Games, but these aren’t the long and storied competitions like the World’s Strongest Man or Mr. Olympia. That said, CrossFit prepares you for a variety of mid-range sports competitions; again, as a jack of all trades rather than a specialist in one.

Powerlifters, of course, can compete in strongman competitions, but the competition is fierce. There are definite tiers, and breaking through those tiers to reach new heights can be difficult or even impossible for some people. Genetics play a factor, and you usually have to train for a very long time to reach the heights of people like Derek Poundstone or Brian Shaw. 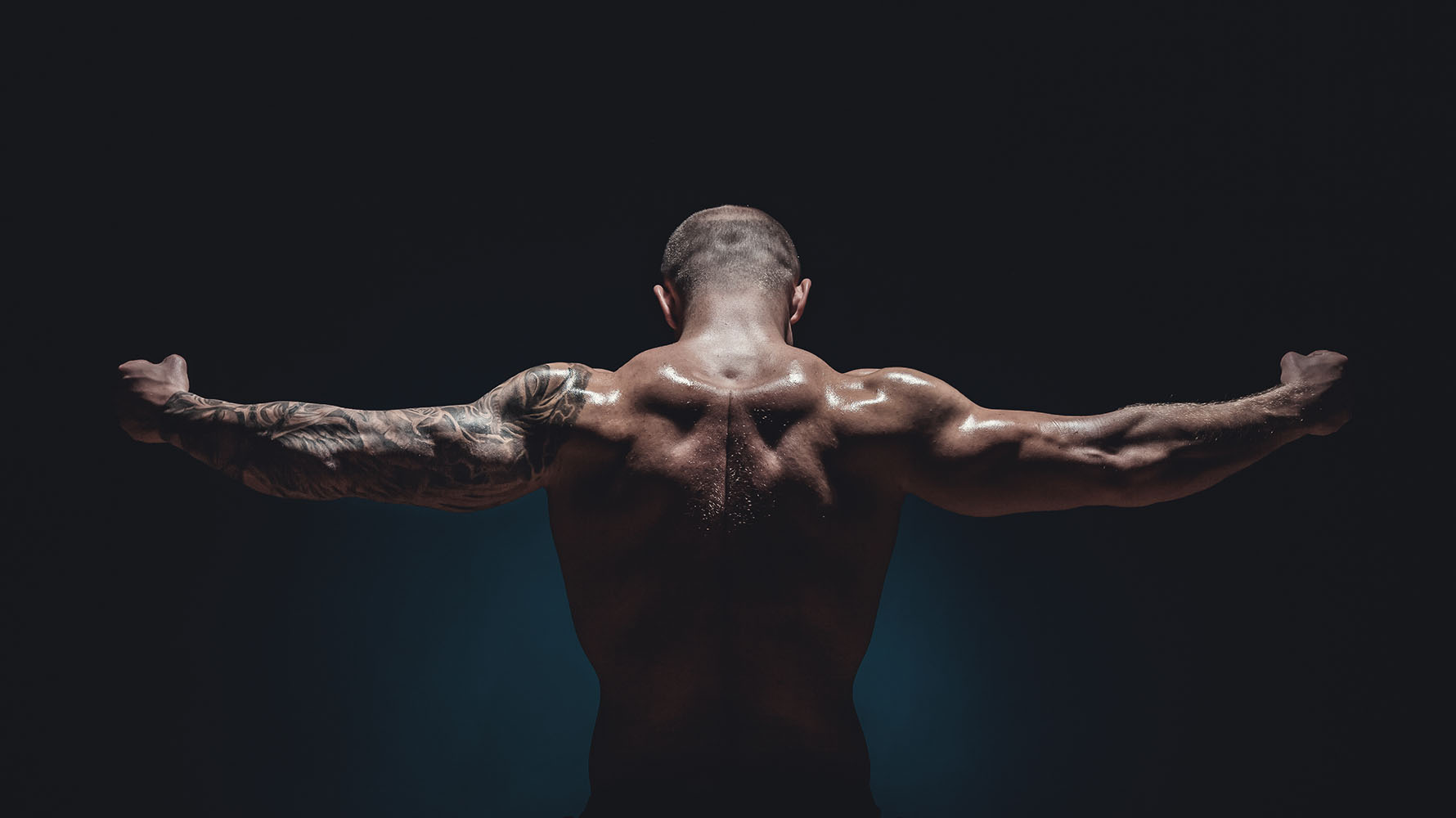 Which Choice Will You Make?

At the end of the day, it’s often best to simply try out each kind of workout and see what appeals most to you. Think about athletes you look up to, and what kinds of workouts they do. Attend competitions as a spectator, and see if you can picture yourself up there on the stage, performing those kinds of feats. Think about activities and sports you might want to participate in, and whether or not you can succeed in them with a given routine.

See CrossFitters on steroids and results of them

Finally, remember that there are more than just the three options. If you want to be a marathon runner, a football athlete, or just a fit and healthy person, there are a wide range of other workouts available to you. You’re not limited to just CrossFit for speed and endurance training, just powerlifting for strength, or just bodybuilding for muscle mass. There are dozens if not hundreds of different workout programs out there to explore. It may take some time, but you can find the one that’s perfect for you.